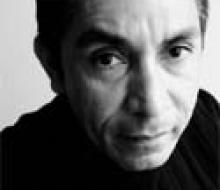 As a student, Eloy trained at the Escuela Nacional de Danza in Mexicó, Royal Academy of Dance in London, Boston Ballet, and the Joffrey Ballet in New York. His professional career began with Joffrey II and the Washington Ballet before he became a soloist for Compañía Nacional de Danza in Mexicó City. His career led him to Europe where he was a soloist for the Ballet Royal de Wallonie, Mainz Stattheater, and Dortmundt Stattheater. He then returned to Mexico to perform as a soloist for Ballet de Monterey and Compañía Nacional de Danza. Upon returning to the United States, he danced for Rebecca Kelly Dance Co. and New York Theater Ballet before he finally became a principal dancer, regisseur, and Ballet Master from 1996-2002 for Eugene Ballet and Ballet Idaho. His repertoire work as a solo and principal dancer includes choreography by Marius Petipa, George Balanchine, Agnes de Mille, Lynn-Taylor Corbett, Toni Pimble, Charles Bennett, Anne Marie De Angelo, Youry Vamos, Jorge Lefebre, and Vicente Nevrada.

In April 2006, five solos he choreographed competed in New York City for the finals of the Youth America Grand Prix. In June 2006, Barragán was invited to present En Tí, En Mí (In You, In Me) for the 50th Anniversary Gala of the American Dance Guild with dancers from the Richmond Ballet. In July 2006, he was invited to present the world premiere of Retratos (Portraits) a collaborative, interdisciplinary, multicultural project with author, James McPherson, and painter, Steven Erickson, at the 5th International Dance Festival in New York City.

Eloy has been honored to receive an Arts and Humanities Initiative grant for the work on Retratos, the Iowa Old Gold Fellowship for his research Latin American Choreographers, and the Iowa Research Experiences for Undergraduates grant for his mentorship and collaboration with an undergraduate dance student. Eloy has also made it possible to bring Professor Donald McKayle to the University of Iowa to restage his 1951 dance Games for the 26th Dance Gala at Hancher Auditorium through the Ida Cordelia Beam Distinguished Visiting Professorships Program, and the National Endowment for the Arts program: American Masterpieces/Dance USA Foundation.