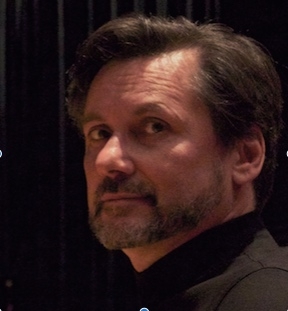 George de la Peña is a multi-disciplinary performer-director-choreographer-researcher who continues to seek  new knowledge through the arts and sciences. Of particular interest is the investigation of how music, visual, and theater arts inform movement, cognition and emotion, and how, together, they provoke an audience to critically examine the human condition. Critical to this research are developments in neuroscience directly related to human health and wellness. In addition, he is dedicated to accurate Documentary Production in order to record and analyze current trends in the field of dance performance/practice and to raise questions regarding cognitive development, focus, and artistry. This area of research includes documentation, analysis, and synthesis.

In 1978 he was chosen to portray Vaslav Nijinsky in the Paramount Pictures/Herbert Ross film Nijinsky. He followed that with numerous other projects for film and television as an actor where he worked with distinguished artists such as Alan Bates, Blake Edwards, Marsha Norman, Richard Levinson, Stanley Donen, John Turturro, Kathy Bates, Elizabeth McGovern, and most recently, Patrick Swayze.

George is a member of the Lincoln Center Theater Director’s Laboratory.